Tearfund Rhythms and threads have teamed up to bring you the #ask2015 hustings ahead of the general election in May. We’ll have representatives there from the five main political parties.

Jonathan Arnott, UKIP MEP for the North East region and Candidate for Easington

Submit questions in advance via social media (@TearfundRhythms or @threadstweets), and ask questions direct to the panel on the night about issues you care most about. This is your chance to grill polititians just two weeks before the UK takes to the polls – don’t miss the opportunity.

Tickets are free but you do need to be registered to attend. The nearest tube is King’s Cross. York House looks more like an office block than a church and the screening room is on the second floor.
The event is aimed at those aged 18-30ish but we won’t be checking ID on the door! Young voters were the least represented group of people in the last election.

We’re looking forward to seeing you there. 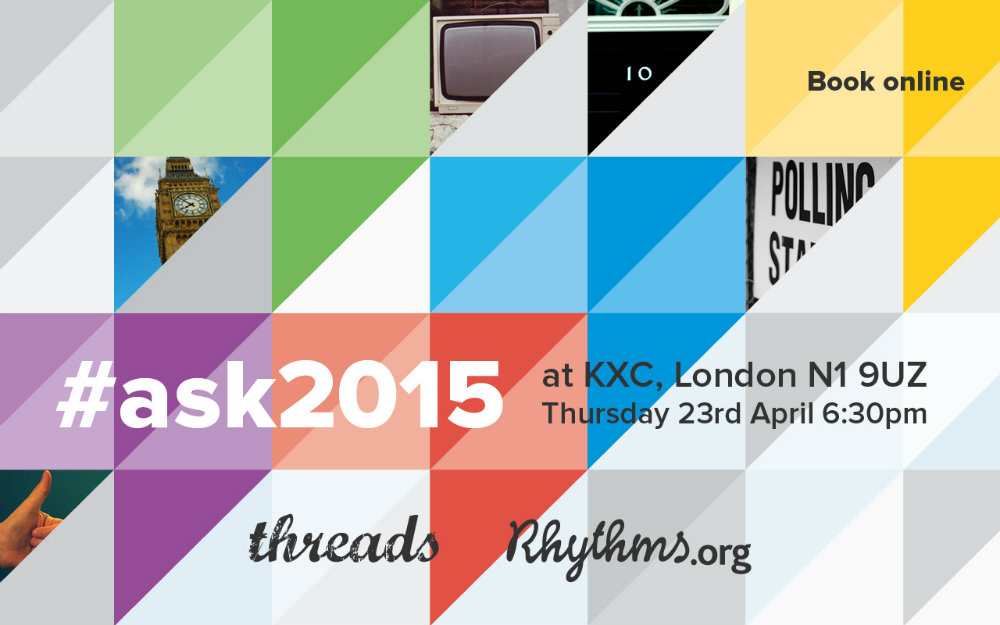